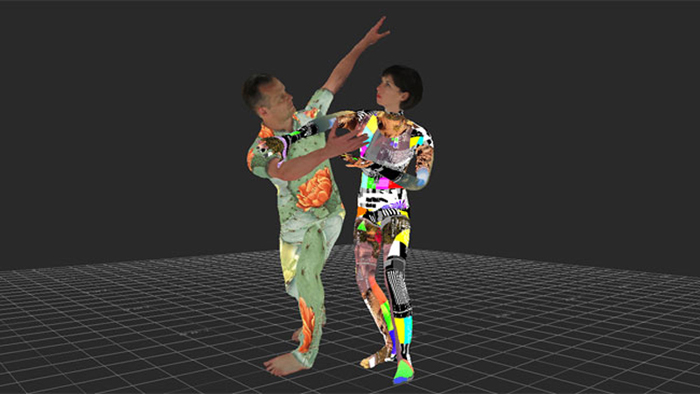 Creation for a duet

Força Forte is a creation for a duet created by Gilles Jobin. Inspired by the concept of strong force of particle physics, this piece is the result of a research about the relation between two people with a play on reality and perception. The complexity of the relationship is enhanced by the use of 3D technology.

For this piece, we created the 3D bodies of the dancers using body scanning technology, and we performed the motion capture. 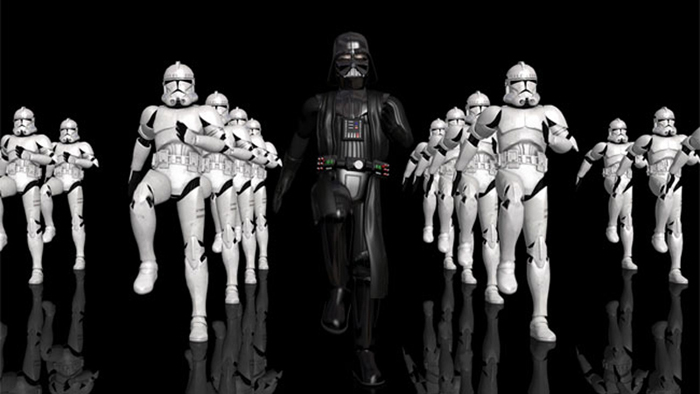 Under the theme “Time in the cinema”, we created a show combining dance and 3D animation, a leap into the future marked by the inevitable epic sci-fi film “Star Wars” created by George Lucas.

Darth Vader, the head of the imperial army, is embodied on stage by a dancer. His 3D clone, as well as the imperial troops are projected on big screens behind him and animated by the rhythm of his motion.

To achieve this animation, we captured the choreography of the dancer and we then animated the 3D characters. The dancer reproduces the same choreography on stage with amazing accuracy.