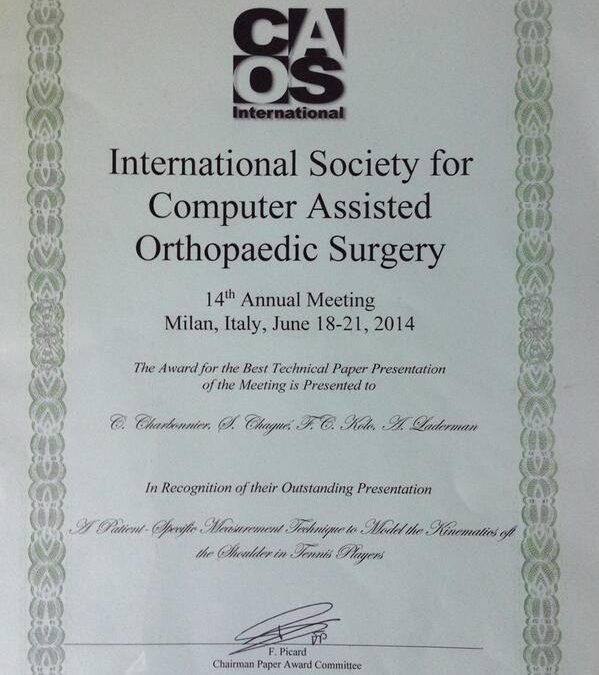 Artanim won the Best Technical Paper Award for the paper entitled “A Patient-Specific Measurement Technique to Model the Kinematics of the Shoulder in Tennis Players” at the 14th Annual Meeting of the International Society for Computer Assisted Orthopaedic Surgery (CAOS) in Milan!

More info on this research here.

What are the risks related to sexual activity after total hip arthroplasty? This is the question Artanim’s researchers tried to answer in a motion capture study published in the Journal of Arthroplasty. Artanim joined forces with a surgeon from the University Hospitals of Geneva, Dr. Christofilopoulos, to provide the first scientific guidelines for hip transplant patients wanting safe, pain-free sex. Post-operative intercourse for people who’ve undergone hip replacement surgery can be stressful and risky but, for at least one patient, the guidelines are putting the joy back into sex. Watch the story of Reuters TV.

This research received a special distinction for the best discussion of the poster entitled: “Sexual Activity after Total Hip Arthroplasty: A Motion Capture Study” at the 15th Annual Congress of the European Federation of National Associations of Orthopaedics and Traumatology (EFORT) in London. 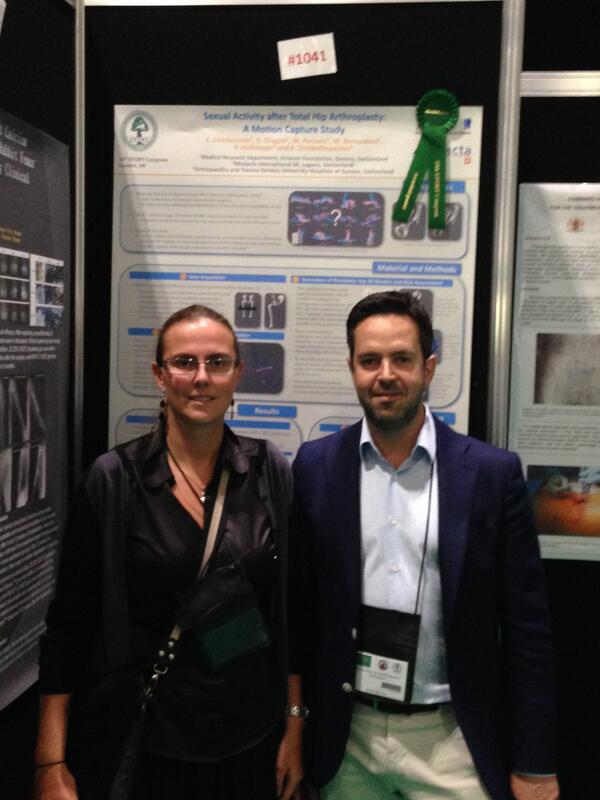 Mocap in the dark 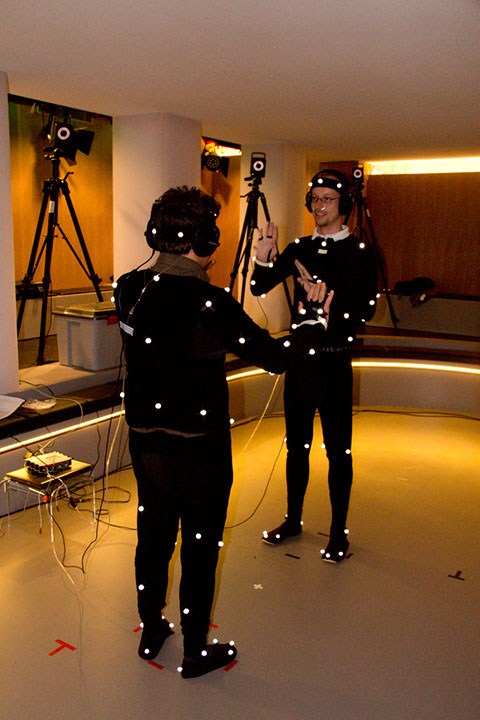 Last week we tested the motion capture protocol for the research project Motion and unconsciousness. The setup is uncommon: subjects are asked to execute movements in the dark while still being able to see the other participant’s hands thanks to phosphorescent tape. They are also equipped with a respiration sensor and headphones with white noise to be isolated from external stimuli.

100 volunteers will participate to the study and be distributed in different groups according to specific criteria. One group will also be captured with simultaneous EEG recording. The goal of the project is to compare the subjective sensation of synchrony with objective data of motor coordination and synchronization acquired from motion capture when two people are engaged in joint action tasks. 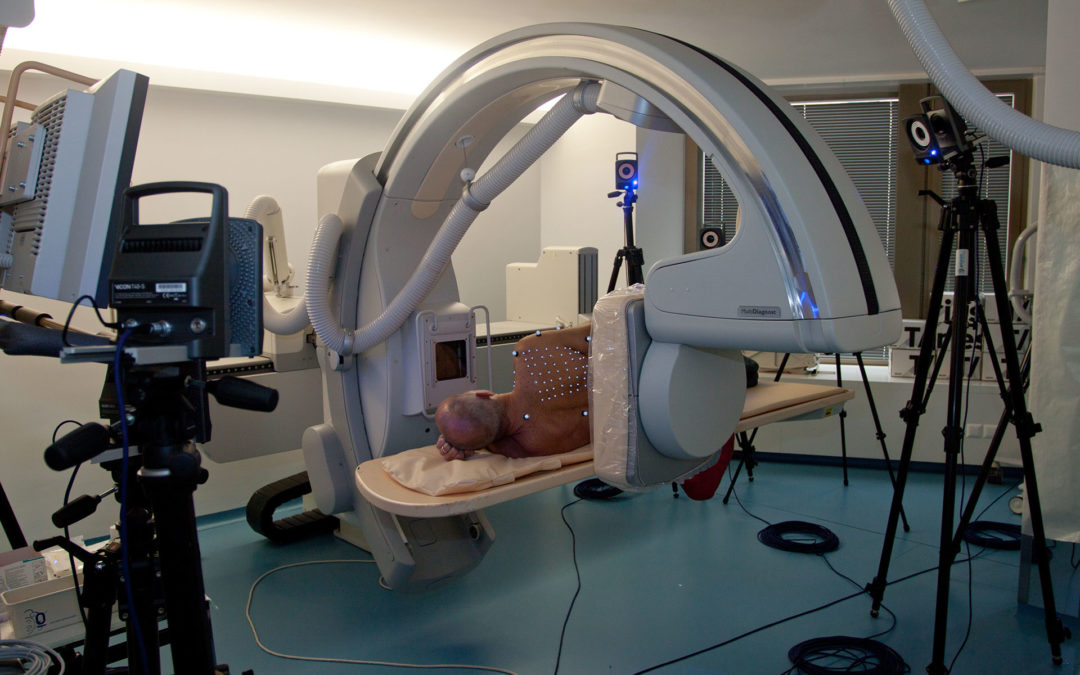 Mocap and fluoroscopy for Shoulder3D project

In the context of our project Shoulder3D, we spent a day in radiology to acquire specific data required for the validation of our research methodology. The objective of the project is to develop a new kinematic model to reliably evaluate the three-dimensional motion of the shoulder based on motion capture data. In order to compare the kinematics estimated by our methodology with the real motion of the shoulder bones, we performed a double acquisition. We simultaneously recorded motion capture data using our Vicon system and fluoroscopic images.

As you can see on the pictures below, setting up properly the system in such a confine area and dealing with the occlusions of the fluoroscopic device were the tricky parts of our work! 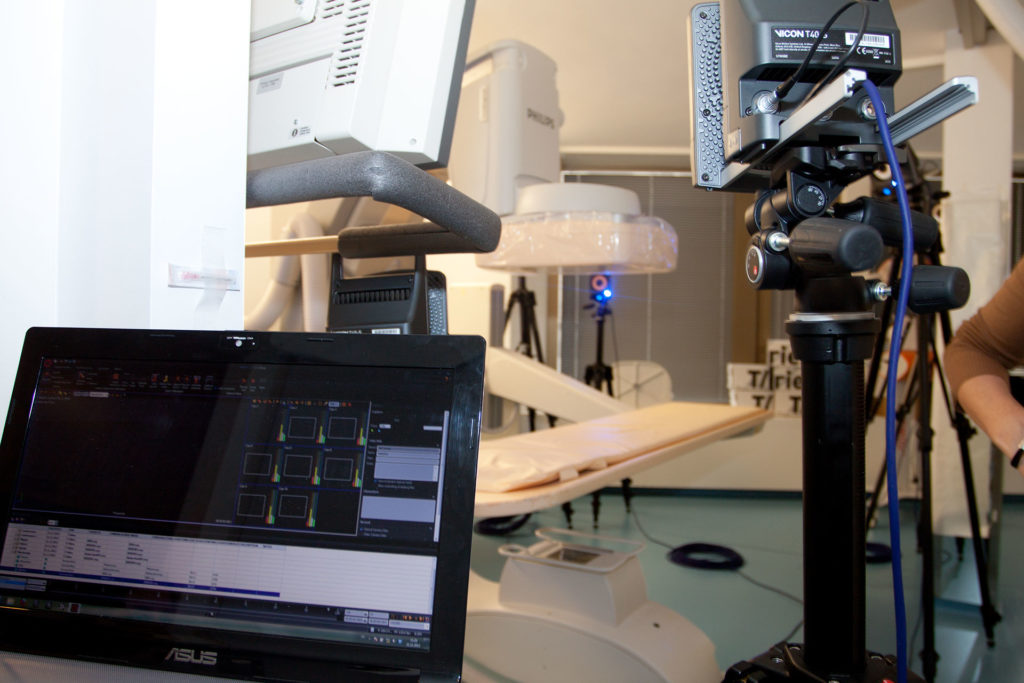 Motion capture of a knight in armor

The Institute of Movement Science and Sport Medicine of the University of Geneva and the Willy Taillard Laboratory of Kinesiology of the University Hospital of Geneva contacted us for an unusual motion capture session. Daniel Jaquet, a PhD student in Humanities, focuses his research on the description of fights in full armor in historical documents from the 16th century. Part of his thesis work aims at analyzing the range of possible movements while wearing such a 30 kg medieval armor. By using motion capture, he will be able to get a comprehensive amount of data.

For this mocap session, the main issue was related to the reflective surface of the armor. Indeed, reflections can be perceived as markers by the camera, introducing a lot of unwanted artefacts. By tuning our MXT40S cameras’ parameters and the reconstruction settings, we were able to solve this issue and collect good data for his study.

Thanks to Stéphane Armand, Alice Bonnefoy and Daniel’s equerry for their help during the mocap session! 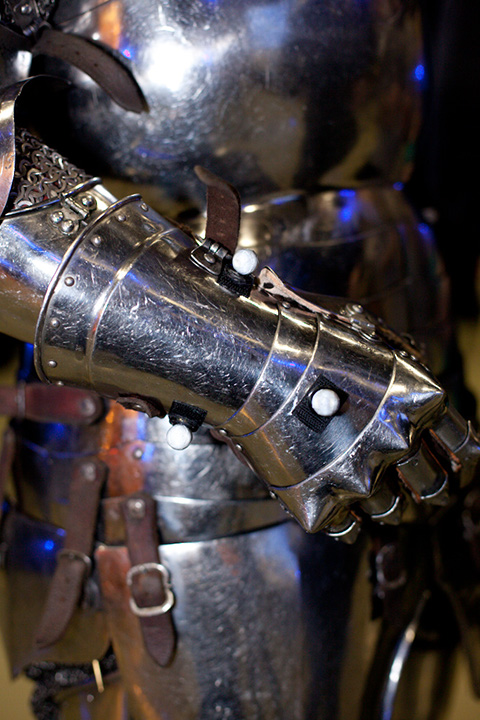 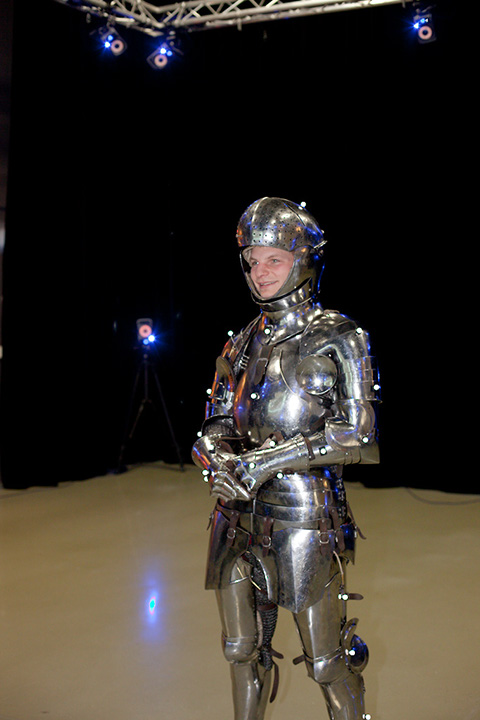 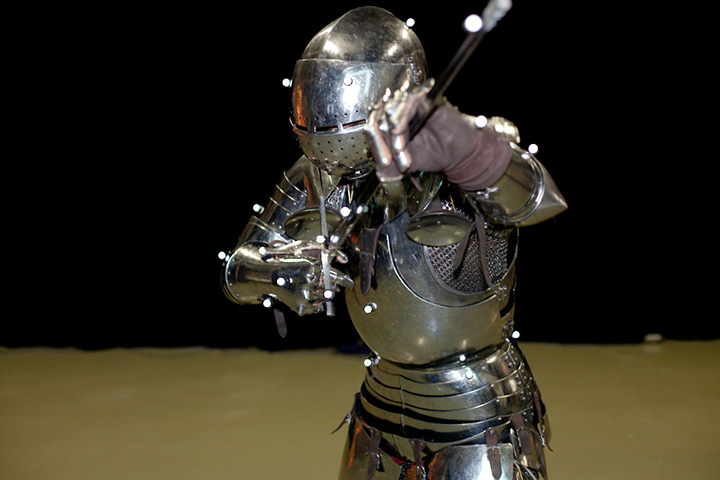