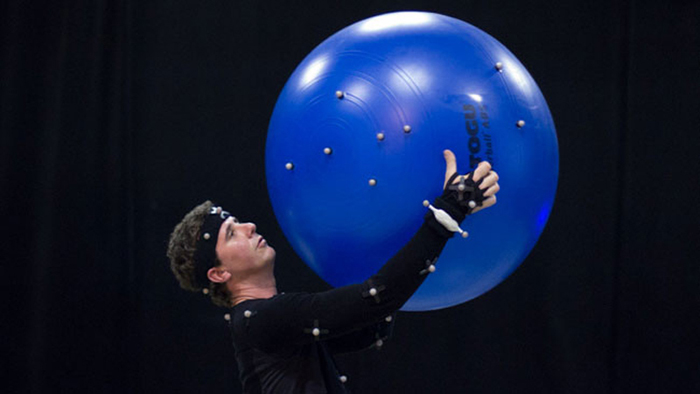 We performed the motion capture for a short movie entitled The Great Imitator created by the Swiss filmmaker Boris Beer. This short animated movie is a tribute to Charlie Chaplin.

The goal of the shooting was to capture some iconic scenes of Charlie Chaplin’s most famous movies. For example, we captured the scene from The Great Dictator where Chaplin plays with an inflatable globe. We also captured the famous nut screwing scene from Modern Times, as well as some scenes from The Kid.