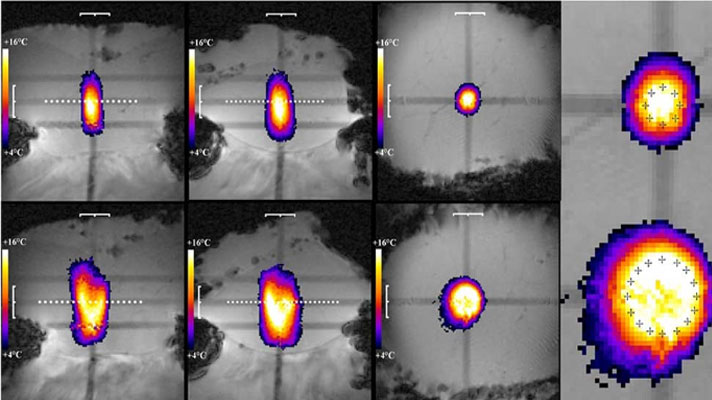 High intensity focused ultrasound (HIFU) is a precise method to thermally ablate deep-seated tumors in a non-invasive manner. A prerequisite for a safe and effective application of HIFU is image guidance, to plan and control the ablation process. The most suitable imaging modality is MRI, with its high soft tissue contrast and its ability to monitor tissue temperature changes (MR-guided HIFU, MRgHIFU). The therapy of abdominal organs, such as the liver, still poses several problems due to a moving target location caused by breathing, motion related MR-thermometry artefacts and near-field obstacles, i.e. thoracic cage or bowel.

The goal of this project is to treat unresectable liver malignancies with MRgHIFU, using fast volumetric ablation. Enlarged acoustic window and enhanced focusing number of the HIFU applicator, rapid automatic control of volumetric sonication, as well as self-scanning of the lesion by exploiting the respiratory motion are envisaged in this research.

In this project, Artanim is in charge of the segmentation of target region (tumor) and organs at risk, as well as the computation of the optimal transducer positioning of the robotic assistance system taking into account the segmented structures and the coverage target area.